Andrew Yang and the Yang Gang may be who comes to mind when you think about universal basic income, or UBI. But the concept has been discussed in America, though not in those exact terms, as far back as 1797 when Thomas Paine suggested a lump sum be awarded to all adult citizens. Martin Luther King Jr. and the Black Panther Party also discussed the concept of a guaranteed income as a strategy to combat poverty in the 1960s. In recent years, though, the idea of UBI has become more of a hot topic, and seemingly a more realistic one. Yang’s signature policy on the 2020 presidential campaign trail was ‘The Freedom Dividend.’ Though his bid failed, he has continued to push the federal government to grant adult U.S. citizens a UBI of $1,000/month, and now is running for New York City mayor.

But as long as UBI has been discussed, it’s had its adversaries. The argument against a universal basic income is like the argument that those opposed to welfare, stimulus checks, and other government aid programs use. “But then people wouldn’t work.”

The effects of the Stockton Economic Empowerment Demonstration

Michael Tubbs, the former mayor of Stockton, California, is an advocate of UBI, and tested out the “people wouldn’t work” theory through the Stockton Economic Empowerment Demonstration.

The program, which was funded by private donations instead of tax dollars, awarded $500/month over the course of two years to 125 people living below Stockton’s median household income of about $46,000.

In an independent study evaluating the first year of the experiment, which began in February 2019, researchers found that 28% of slated recipients had full-time jobs at the start of the experiment. By the following year, that increased to 40%.

The study, conducted by researchers from the University of Tennessee and the University of Pennsylvania, found that people with part-time jobs were able to use the $500 to take time off from work to interview for full-time jobs, and people who weren’t working could use the money to pay for transportation to and from job interviews.

In addition to the increase in full-time employment, researchers also found that the number of people paying off debt increased by 10%—from 52% before the study to 62% after. Learning how to budget to pay off debt is key, but it’s only possible when you have the funds to do so.

Most participants also reportedly saw improvements in their mental health.

Of course, that was all in the ‘before times.’ The researchers are expected to release a similar study on Year 2 of the experiment, which ran from February 2020-2021, a.k.a. during the coronavirus pandemic. Given how the stimulus checks have helped Americans bounce back, it stands to reason that these payments helped Stocktonites stay afloat in a tumultuous time.

Though it’s a small sample size, the Stockton “free money” experiment could help federal legislators push for a UBI. Imagine, if you give people a fighting chance to function in society, they’re able to better themselves.

Casey is a reformed sports journalist tackling a new game of financial services writing. Previous bylines include Newsday and Philly.com. Mike Francesa once called her a “great girl.”

Previous Post: « Arlo Hotel’s Guide to Chinatown
Next Post: Nimrod Santo on How Online Entrepreneurship Has Changed In 2021 » 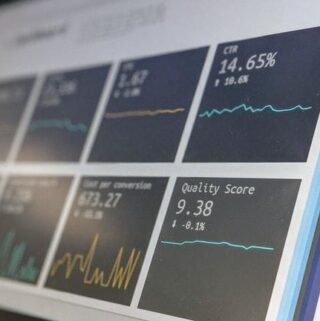