Gear Patrol’s John Zientek wrote a blog post in mid-February 2020 talking about some of the coolest sunglasses he found for under $100. Anyone who follows the eyewear industry would probably be intrigued just by the title of the post. But more intriguing is understanding why he was able to write it. How is this possible? Well, it boils down to the name. This particular brand is by no means a household name within the fashion industry. In fact, you might have never even heard of it. The brand will remain anonymous for the purpose of this post, just to illustrate the point.

How Sunglasses Are Made

The vast majority of bulk sunglasses now on the market are made from plastics, explains of Salt Lake City’s Olympic Eyewear. Plastic frames can be manufactured via one of three processes: traditional injection molding, die cutting from large sheets of plastic, or machining from plastic blocks.

Plastics are the preferred manufacturing material because they are cheap and easy to use. With the right plastic and manufacturing process, frames can be produced for mere pennies. Everything can be highly automated for repeatability, quality control, etc.

The only manual labor necessary is in assembling the sunglasses themselves. Assembly requires human beings to attach hinges and arms. It requires humans to insert lenses and make sure everything is seated tightly in place. Still, you can manufacture a pair of sunglasses for next to nothing.

How Sunglasses Are Priced

From designer sunglasses to cheap drugstore shades, the pricing game is fairly routine as well. Manufacturers set their prices by determining the total cost of production and then adding a certain amount of profit according to the desired margin. That is what they charge distributors.

Distributors do much the same thing. They charge prices based on their costs and margins. Profit is built-in to their wholesale prices. Those prices are the starting point for retailers who must also cover their costs and earn some profit.

Every step in the distribution process increases the price of a pair of sunglasses. In the end however, the retail buyer pays for it all. This is where brand name becomes important.

Paying for a Name

Even after every player in the distribution process adds its costs to the pricing equation, getting a typical pair of sunglasses from manufacture to retail shelf does not cost hundreds of dollars. So why do some of the biggest brands charge so much? Because people are willing to pay for a name.

This reality is neither right nor wrong. It simply is. Both manufacturers and retailers know that consumers will pay more for a well-known brand they recognize as opposed to one they have never heard of. Therein lies the secret of the LA-based brand that can sell a pair of sunglasses for under $100 despite using more expensive materials.

Make no mistake; that company is still making good money. And should the brand ever become as reputable as, say Ray-Ban for example, it is quite likely the powers that be will raise prices. But for now, they are selling sub-$100 sunglasses that offer equal quality and aesthetics. Zientek says that their sunglasses are some of the coolest on the market.

Previous Post: « Precautions You Should Always Take While Traveling With Javier Burillo
Next Post: Introduction to Various Types of CBD Products » 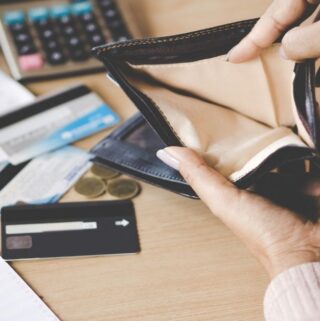