Weird And Wonderful Ice Cream Around The World

We hope that in writing this article, we would be able to expand your horizons when it comes to making an ice cream dish. We’re a big believer that there’s no one ‘best’ ice cream. We’re more inclined to go with the system we’ve seen used in the mobile slots game ’99 Time,’ where one of the bonus rounds sees players designing the perfect ice cream dish from various different ingredients in order to win money. The better the recipe the Vegas Slots players can come up with, the more money you’ll win. Mixing ice cream recipes together in real life might not be able to win you a mobile slots jackpot, but it can provide a taste sensation. How about mochi served on top of a bowl of regular ice cream, for a start? Also, as weird as it sounds, we’ve suddenly developed a craving for spaghettieis!

You probably think you know what ice cream looks like. It’s a soft, fluffy dessert which you either eat from a tub with a spoon, or you lick and bite it out of a cone, right? If you’re reading this article in the USA or the UK, you’re probably nodding in agreement with that suggestion. If you’re from other European nations, or you’re based elsewhere in the world, you’re probably wondering what we’re talking about.

In what might be a surprising piece of information for you, there are actually as many different ice cream recipes as there are pasta recipes – and there’s a whole lot of range within those recipes, too! Ice cream has come a very long way since it was invented by the Chinese over a thousand years ago, and almost every major nation has their own take on the world’s favorite dessert. Here are some of the most delicious and unusual varieties of ice cream we’ve encountered!

If you’ve been to a mid-range Japanese restaurant, you’ve probably been offered green tea ice cream (or at least we hope you have, because it’s spectacular). If you’ve been to a high-end Japanese restaurant, you might have been offered green-tea ice cream the way that the Japanese enjoy it – in the form of mochi. Mochi is a kind of ice cream rice cake. We usually associate rice cakes with being on a diet, but these sweet Oriental treats wouldn’t help you much if you were counting the calories! The concept of a mochi is very simple – it’s a bite-sized portion of ice cream wrapped in a flavored rice cake. Green tea is the most popular flavor, but there are several other options, including red bean. Eating mochi is like eating ice cream-flavored cookies.

Think about what ice cream tastes like when you put it in your mouth. What are the first few words that come to mind? Soft? Sweet? Fluffy? How about chewy? If chewy doesn’t seem to sit right as a description of ice cream, it’s because you’ve never had ice cream the way that the Indians make it. Indian ice cream makers work at their craft – making a single serving of kulfi can take an entire day (although ‘quick kulfi’ can be made in around four hours). You’ll rarely see kulfi served on its own; it’s generally a topping for another dessert, such as a popsicle. Nuts are often sprinkled through this mix of cardamom, honey, and milk to give it a little more crunch.

We know what you’re thinking. You’re looking at the ‘spaghetti’ part of the name, and in your head you’re telling yourself ‘there’s no way anybody has made spaghetti out of ice cream,’ but they have. The Germans have decided that the best way to serve ice cream is to make it look much like long strands of spaghetti as possible. They start off with standard vanilla ice cream – the same as the kind you’d buy from a store – but they put it through a pasta maker and come out with a dish that is basically ice cream noodles. They then take the whole thing a step further by using strawberry sauce to resemble a layer of tomato sauce, and shavings of white chocolate to look like grated cheese. It looks exactly like a plate of pasta. Why someone thought this was a good idea is a question we don’t have an answer to.

We’ve already seen an example of chewy ice cream from the Indians, but the Turkish have a different take on it which looks a little bit more like the ice cream we know and love. It’s white, and it’s served in a cone, but that’s where the resemblance ends. Dondurma is extremely chewy. You can push it, pull it, hit it, and twist it, and it still won’t come to pieces. Dondurma is like cold, edible Play-Doh. Many of the basic ingredients are the same as the ones we use when we make ice cream, but flour and mastic – an ingredient which is commonly found in chewing gum – give it a starchy and malleable texture. It has to be kneaded and beaten with a rod before it goes onto your cone. Don’t expect to be able to finish it very quickly; chewing it takes effort!

You don’t have to go thousands of miles away to find weird and wonderful ice cream. There’s a very unusual type being served in the United States of America; albeit only in one state. Alaska is the home of akutaq. Because it’s already extremely cold in Alaska, there isn’t much call for traditional ice cream. Akutaq is what they eat instead. Fruit and berries are commonly added to akutaq recipes for flavor, but we think their true purpose might be to disguise the taste – the dessert is made using animal fat. In some cases, it’s made using fish fat. An akutaq serving might even contain fat from moose, seals, and fish all blended together. If you think that sounds disgusting, then we might be inclined to agree with you; but you still shouldn’t write it off without trying it yourself. Choose a restaurant in your city. The advantage of a nearby restaurant is that you can visit it at any time. It is also essential to check on where the restaurant is situated. Some restaurants are along unhygienic areas in the streets of London. Before you visit a restaurant, enquire about its location and address.

The other factor is the hygiene of the restaurant. How is the restaurant’s sanitation status? Does it meet health standards? Does the restaurant have the required health permits to operate? Hygiene is the first thing you need to keep in mind before you visit a restaurant.

Check on the menu

Choose a restaurant you can trust. There are several Vietnamese restaurants in London. However, some of the up-and-coming restaurants lack the know-how of preparing these foods. Vietnamese people make the best Vietnamese meals. You will notice that the most reputable restaurants have Vietnamese chefs. One way to find a renowned restaurant is to check reviews. You can also read testimonials to determine the quality of the food served.

There are different types of Vietnamese food. As the ingredients are different, so is the value. From the menu, you can compare the prices and choose the right dishes for you.

Did you know you can search and order Vietnamese food online? Most London restaurants offer online services where you can order food from your phone or computer. The restaurant you choose will ensure that the food you order arrives on time. It’s cheaper to order food online than driving to a restaurant.

To read more on topics like this, check out the food category.

If you’re a self-confessed foodie and enjoy traveling around the world and trying out local foods, simply continue reading to discover a handy list of some of the best foods around the world! The Best Foods Around the World:

Churros are long stick-shaped donuts which are served hot and are extremely popular in Latin countries such as Mexico and Brazil and are often covered in sugar and served with hot chocolate sauce. If you’re interested some eateries even serve piping hot churros with vanilla ice cream.

Empanadas are another Latin American snack which are well worth trying. If you’ve never tried an empanada, they are a fried savory pastry that contains meat, cheese, beans or vegetables.

If you’re ever looking for a quick, tasty snack whilst you’re traveling through a Latin American country, you can’t go wrong ordering a freshly made empanada either from a sit-down cafe or a popular street stall. If you’re vegetarian don’t worry as vegetarian empanadas are usually readily available.

Samoas are spicy Indian pastries which are usually filled with potatoes and mixed vegetables such as peas and corn. Some samoas also contain chicken. If you love eating spicy foods, it’s well worth trying a samosa for yourself.

If you’re keen on trying a samosa, try pairing your samosa with a chutney or relish or plain yogurt. As samosas as traditionally served with relish or yogurt and both condiments help neutralize the strong spices such as chili which is often found in samosas.

Poutine features hot fries which are covered with gravy and cheese and is a national dish in Canada. Should you find yourself in Canada, you won’t have any trouble finding a cafe or restaurant which offers poutine on its menu.

If you enjoy eating pasta but are sick of eating spaghetti and macaroni based dishes, it’s well worth ordering ravioli at an authentic Italian restaurant. Ravioli are small pasta parcels which are filled with delicious ingredients such as cheese, spinach, pumpkin, and chicken.

Most ravioli dishes are then topped off with a delicious tomato based sauce such as Pomodoro sauce. Which is incredibly popular in Italy.

Paella is a rice-based dish which is popular in Spain and contains seafood such as prawns, shrimps, and mussels. So if you love fresh seafood it’s well worth ordering paella for the first time.

So whether you’re looking to plan your next overseas adventure or you’re interested in finding new international meals to try in your own city, it’s well worth trying all seven of the international foods listed above. 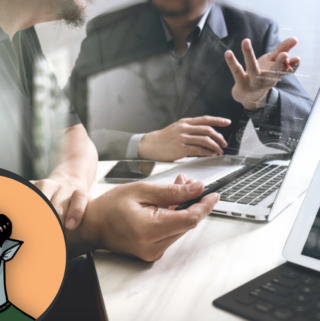