Jakim Pearson is a name that not many people know about, but that may all change soon. Jakim is currently one of the most interesting artists around, and he’s only getting started! Since he could walk, this jazz pianist has been playing; his mother claims she found him playing her piano at two years old. At age three, he had his first public performance, and at a mere nine years old, Jakim spent a summer in New York working with jazz legend Herbie Hancock. He attended the prestigious Berklee College of Music, where he established himself as a true piano virtuoso.

As a jazz fan, what I like best about Jakim’s style is that he’s not afraid to experiment and that he’s not stuck in any genre. Instead, he dabbles in smooth jazz, funk, Latin, and fusion, all of which are seamlessly blended into his distinctive sound. One of the best examples of this is a track I stumbled upon by accident called “Change Up” off his Uprock Jazz EP.

I’m trying to think of other artists who seamlessly throw funk, rock, and jazz together as Jakim does, but I can’t come up with any! This song is extremely catchy, and the feedback from fans on his YouTube video is proof. With over 33,000 views and almost 2,000 thumbs up, it’s clear that Jakim has a dedicated fan base who can’t wait to hear more from him in the future.

Jakim’s main influences seem to be Herbie Hancock, Chick Corea, and John Coltrane. As well as working with Herbie Hancock at the young age of nine, he also became close friends with Chick Corea – they would even play hockey together on occasion!

Jakim is far from your traditional jazz pianist. He grew up in a household of pop and rock music fans, and that influence is evident in his playing. He approaches the piano like a guitarist or an instrumentalist, not just another keyboard player.

There’s still plenty more to discover when it comes to this young artist. His next project has him collaborating with fellow Berklee College of Music alumni Matt Marshak on a release called “Elephant’s Foot.” So keep your eyes and ears peeled for that one!

Jakim is a self-proclaimed modern jazz pianist. You can hear his funk and Latin influence in his song “Change Up” off the Uprock Jazz EP. However, he’s a bit of a jack of all trades in the genre, so he doesn’t fit neatly into any category.

He’s not afraid to explore and push the boundaries of modern jazz, and he does so in a tasteful, rhythmic way that makes you want to get up and move! Jakim on the piano is like an instrumental hip-hop beat – completely funky but with just enough edge to seem fresh.

Up next for Jakim is a big touring schedule across Massachusetts and New York in February, where he’ll be promoting his latest EP Uprock Jazz. But, that’s not all; he has an interesting collaboration with fellow Berklee College of Music alumni Matt Marshak called “Elephant’s Foot,” which will be out in late May/early June depending on which side of the rock you’re on. 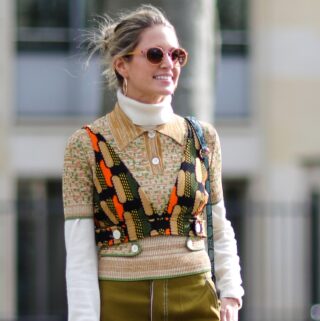