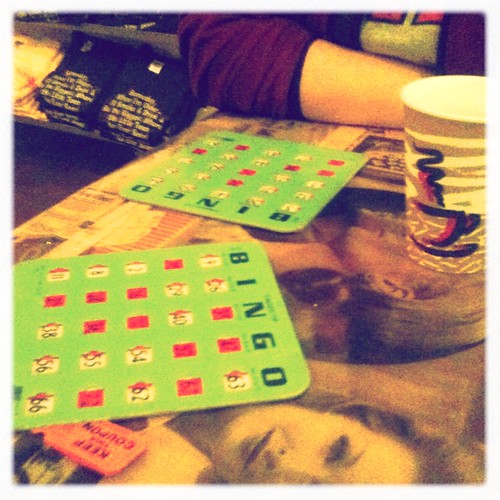 When a person says bingo, what springs to mind? For many, visions of overweight women flapping their “bingo wings,” smoking and drinking to excess in a dirty and rundown establishment in town would appear. But nowadays, this couldn’t actually be further from the truth. The lottery-like game has worked hard to shed its past image, and now attracts a much wider demographic of clientele. In fact, a lot of men and youngsters now enjoy playing this classic social game of chance.

The golden age of bingo is regarded as being throughout the 1980s and 1990s, and it was during this period that bingo halls were at their peak. This all changed after the turn of the century, though, and factors like smoking bans led to the closure of a lot of establishments. As one of the most popular and longstanding pastimes in the world, bingo wasn’t going to go down that easily. Instead of fading away, it came back reborn in the internet age.

Now, most bingo is played online. And the current sites are trying to shed bingo’s previous image. Instead of catering for women and the elderly, modern bingo sites are aiming to attract a wide range of different people. In 2015, it was found that over 50 percent of players were aged between 18 and 44, with a lot of millennials starting to play. There are also more men playing today.

It’s More Varied than Ever

One of the reasons for the success of online bingo is the fact that the gameplay is more varied. There are traditional ways of playing bingo to appease older players, but there are also some elements which are designed to attract the youngsters.

For instance, the Lucky Pants bingo games include 75 and 90 ball bingo variants but also a number of other instant-win offerings. These include progressive jackpot games like Dazzling Dosh and Speed Cash. There are also popular slots like Gonzo’s Quest and Game of Gladiators. Featuring games like these can help bingo sites to attract online casino players.

One of the biggest reasons that men should consider taking up bingo is the fact that it can be a great way to pick up women. Online bingo sites now have chat features so people can socialize. This can be a good way to break the ice and get talking to a woman before meeting her in person. Alternatively, modern bingo halls are on the rise again as a good place to frequent at the weekends. It can be easier to meet women in places like that than it would be in a bar, because you already know that you share a common interest.

Men no longer need to look at bingo as a game for women. There are now more male players than ever, and there are some serious benefits to playing.