“Healthcare fraud is a major issue that can affect everyone. Fraudulent activity is costing the healthcare system $80 billion annually. While most cases of healthcare fraud are not thought-provoking, this is something everyone should be aware of because it’s so prevalent in our society.”

With these words, John LeBlanc of Manatt opened his discussion on healthcare fraud for the recent Manatt webcast, “Healthcare Fraud Hot Spots.”

According to LeBlanc, an estimated 10% to 30% of all U.S. healthcare expenditures are due to fraudulent activity. He describes Medicare and Medicaid as being especially vulnerable because they are not self-funding programs; instead, both receive substantial government subsidies and support.

“Most people think Medicare and Medicaid will be around to take care of them when they get older,” said LeBlanc, “and that is just not the case unless we can stop this rampant money wasting.”

What Types of Fraud Exist Within the System?

LeBlanc identified two broad categories of healthcare fraud: 1) providers who do not deliver high-quality care, and 2) those who knowingly bill for services that were never performed.

“The statistical evidence is clear,” LeBlanc stated. “When you look at lawsuits where there has been a judgment or a settlement involving allegations of fraudulent activity—whether it be unnecessary procedures, performing services that were not rendered, or kickbacks for referrals—doctors are 2 ½ times more likely to be named in these suits than non-medical providers.

“About 6% of physicians will end up with some sort of negative action against their license,” LeBlanc said. “That’s low when compared to the 20% of nurses and other medical professionals who will eventually be disciplined.”

“For every dollar spent on healthcare, 15 cents is wasted,” LeBlanc said. “If you extrapolate that to all of the money we spend on healthcare—whether it be public funds, insurance premiums, or out-of-pocket services—we’re wasting about $1 trillion a year on healthcare fraud.”

To combat this significant financial drain, LeBlanc recommended establishing an institutional culture committed to the highest standards of integrity and accountability.

“Technology has also become a handy tool,” he said. “Specifically, data analytics can help identify suspicious claims so they can be reviewed more carefully. About 30% of fraud claims are identified using technology.”

LeBlanc went on to say that while human resources are crucial to the anti-fraud effort, it is vital to be mindful of the legal ramifications should an individual attempt to introduce new policies or programs without understanding applicable laws.

“For companies and organizations to have a safe harbor from being sued,” he said, “they need to have a compliance program in place.”

He added: “Think of it as a defensive strategy. Just like you would build up your offensive line to prevent someone from scoring, having a ‘best practices’ compliance program can help reduce the likelihood that you’ll ever be sued for fraud in the first place.”

LeBlanc concluded by saying that it is essential to understand the type of fraud in your industry because this knowledge will help direct efforts toward fighting these schemes.

“Healthcare providers who engage in billing schemes will typically try to operate in stealth,” he said, “and they’ll only bill for services if there’s very little chance of getting caught. However, if you take a proactive approach, identify high-risk areas, and implement compliance policies that are tailored to the needs of your company or organization, it will improve your ability to prevent healthcare fraud.” 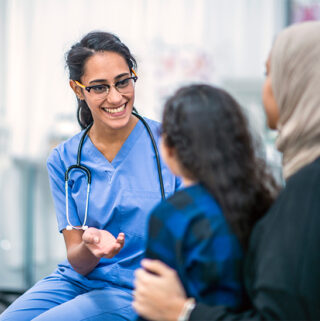