Lingcod (Ophiodon elongatus) are not true cod and are not related to Pacific cod or pollock. Instead, lingcod are the largest members of the greenling family. Adult lingcod average 10 lbs (4.5 kg), but they can grow to over 80 lbs. (35 kg) and measure 60 inches (150 cm) in length.

A lingcod has a long body and varies in coloration from gray to brown to green or even blue on the back and sides and lighter on the stomach. It is covered with dark brown or copper blotches arranged in clusters, and it has a prominent light-colored lateral line and large, cycloid scales. A long dorsal fin spans the distance from behind the head nearly to the tail. The front part of the fin is spiny, while the posterior portion consists of soft rays. A notch connects the two sections. The anal fin has three spines. The head and mouth of a lingcod are large, and the mouth holds 18 big, sharp teeth. The head does not have scales

Lingcod are found only on the west coast of North America, from the Alaska Peninsula and Aleutian Islands south to Baja California. They are common throughout Southeast Alaska, along the outer reaches of the Kenai Peninsula, around Kodiak Island, and in Prince William Sound. They normally live nearshore around rocky reefs from depths of 30 to 330 ft. (10–100m), but they have been found as deep as 1000 ft. (300 m). Lingcod usually stay in the same area and often near the same reef for their entire lives, but researchers have tagged lingcod that have moved as far as 500 miles (800 km) from where they were first observed

Female lingcod mature between three and five years of age at a length of 24 to 30 inches (61–75 cm). Males mature when they are two years old and approximately 20 inches (45 cm) long. Lingcod nest in rock crevices or ledges with strong currents. A male leads a female to the nesting area, and the female lays between 150,000 to 500,000 eggs. The number of eggs a female lays increases with both size and age. Once the female lays her eggs, she leaves the area, and then the male fertilizes the eggs and stays to guard the nest. In Alaska, lingcod begin spawning in early December, with peak spawning from mid-January to mid-March. The eggs hatch within 5 to 11 weeks, so most hatching takes place between mid-March and mid-May

Male lingcod guard the egg nests until the eggs hatch. If left unguarded, egg nests are usually decimated within 48 hours by rockfish, starfish, sculpins, kelp greenling, and cod. The adult male must be aggressive to drive away invading fish and invertebrates, and if something happens to him, the eggs will not survive. Unfortunately, this aggressive behavior of the male makes him more vulnerable to predation by seals, sea lions, and anglers

Lingcod larvae measure ¼ to ½ inch (7–10 mm) in length. They drift with the ocean currents and grow rapidly by eating copepods and small fish. By mid-summer, when they are 3-inches (150 cm) long, they settle on the bottom in kelp or eelgrass beds and feed on juvenile herring or other small fish. They remain in shallow water as they grow

Adult lingcod are voracious predators and grow rapidly. They feed on invertebrates and fish, including other lingcod who are nearly their same size. Lingcod continue growing until they are 12 to 14 years old. Male lingcod have a maximum lifespan of 14 years, while females can live as long as 20 years

Lingcod are popular for both sport and food. Their flesh is white with a natural blue-green tint. The blue coloration disappears when cooked. The flesh is dense and mild tasting and is high in protein, minerals, vitamins, and omega-3 fatty acids. Lingcod are taken by subsistence, sport, and commercial fishermen. Because they are so aggressive, they are excellent fighters for sport anglers

Previous Post: « Why Yoga Rooms Are All the Rage Right Now
Next Post: Moving To Spain – Everything You Need To Know » 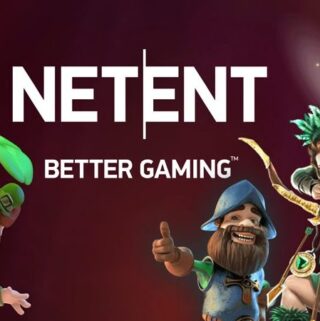