I have a friend absolutely obsessed by music. Well, more the ´Long Player´ album than simply just music. To him it’s like a ritual that is handed from the producer and musician directly to his ears. He considers it a curated aural show personally for him. Ian Weisberg reintroduced me to the LP with the added significance of selecting one’s desert island discs. For some time, my listening pleasure had devolved to a point of playlists and track skipping. Rarely have I been listening to an album entirely from start to finish and never without some other activity that distracts me from solely appreciating the music.

As far as determining what records Id take to a desert island, the main criteria would be that is so good well put together, you are compelled to listen from start to finish without interruption or distraction.

These are my 3 records that fulfill that criteria.

Tricky- Maxinquaye. Island Records (1995)
Named after Tricky’s late mother, ´Maxinquaye´ remains foremost my favourite album. From the first haunting calls on ´Ponderosa´ with its punctuating pipes and unusually awkward rhythms set to lyrics of Massive Attack´s ´Karmacoma´, this record never fails to capture my attention. It transports me directly to a specific time and place of Bristol in the 1990´s, evoking scenes of urban deprivation and struggle contrasted against the attachments of love and sex.

It’s a darker vision of what was considered at the time ´Trip Hop´.
The spatial structure to beats and evocative sampling of wind instruments compliment Tricky´s raspily spoken word, interjected with the velvety rich tones of Martina Topley-Bird´s vocals. It’s like an overheard conversation of a dysfunctional relationship.

It’s a visual album and pulls me into the indulgence of melancholy and introspection to which I find myself the most inspired.

Undefinable as a record while offering a depth of story-telling,
Parklife plays out like patchwork of blighted British lives set to various genre defining soundtracks. From synth pop, punk and new wave, it always felt like having a book read to you whilst working through someone’s record collection.

For this reason, you could easily sit and listen through the entire record, following the maligned characters’ lives as their inner worlds start to unravel like some tragic story in a play. Hugely compelling and entertaining, it always left enough room to imagine these people as familiars in your own life.

The album functions as a snapshot of life in Southern England, at a time of tumultuous changes in the 90´s. I was growing up there at the time and finding myself more curious about the world around me, ´Parklife´ crystallised this moment for me.
Further references to TV shows and the shipping forecast made it comfortably familiar. Something I would need on a desert island!

A friendship defining album is how I would describe Pink Floyd’s debut record. My oldest friend Sam Mckeone introduced me to this album in my formative years at school revealing my curiosity into music and how experimental sound could alleviate your mind to a euphoric state of being.

At the time of first hearing it, I had started playing electric guitar but getting increasingly frustrated by the typical formulas of rock music. This album opened up the possibilities of noise through feedback and recording techniques and as a result encouraged me to play music with other musicians.

Hypnotic and mind altering, it’s an example of how potent music can be.

If you enjoyed this article and want to read more from I Write a Lot, check out our blog category.

Previous Post: « Peter Zieve – Why You Should Help Your Community
Next Post: How the John Robert Powers Agency Has Been Around For So Long » 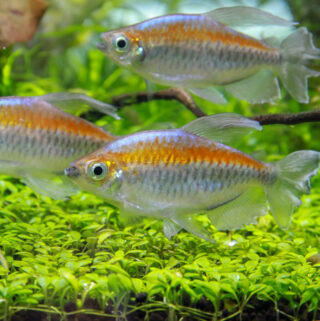